Making it to the Office: How to Survive Your Commute Part Two

In our last blog post we discussed the stresses of the work-to-office commute for drivers, and now we offer you part two in our special transportation series!  So whip out your smartrip and get ready metro mavens, because this one is dedicated to your daily trek.

The WMATA is for many DC citizens their primary method of transportation to and from the office.  Given the day, this can either be a cost-effective way to keep your transport costs low or a stressful event marked by delays, long waits and packed train cars.  So here are some tips to help survive your metro trip:


Stay tuned for the final part in our special commute series next week, cyclists you won’t be left out! 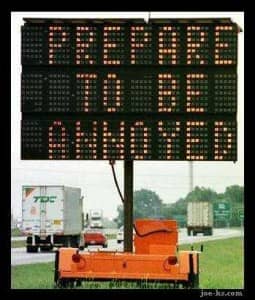 Making it to the Office: How to Survive Your Commute Part One

Making it to the Office: How to Survive Your Commute Part Three